Most Recent
How to Take Care of Your Dog
3 Ways to Make Staying at Home More...
How to Prevent Digestive Problems
How to increase your chances of getting a...
5 Changes to Make a More Eco-Friendly Home
Benefits of Making Giving Part of Your Daily...
Affordable Ways to Create Your Ideal Living Environment
3 Easy Money-Saving Tips to Try
How to Find the Right Dentist for Your...
6 Hacks for Leading a Healthier Life
Self

Willful Ignorance: Why We Stay Oblivious to Facts that Threaten Our Health and the Planet

How many times have you read or heard that refined sugar and processed meats are bad for you? Or how many pictures have you seen that show plastic pollution pervading the oceans? But yet, many of us remain willfully blind to these fundamental facts. We make very little changes in our lifestyle even though our habits may be destroying our bodies and planet. Why does this happen?

In her book Willful Blindness, Margaret Hefferman argues that it is our human nature to willingly ignore the facts, even if they are destructive.

Failing to see – or admit to ourselves or our colleagues – the issues and problems in plain sight can ruin private lives and bring down corporations. ~ Margaret Hefferman

Each one of us has constructed our own specific set of beliefs. We base them on our past experiences, ideas and relationships with others.

Your beliefs are hard wired into your brain. Thus, instead of taking the time to assess contradictions and form doubts, you willfully rationalize your beliefs.

Let’s be honest. It’s easy to block out uncomfortable realities (like prevalence of the herbicide glyphosate in food products marketed to children…or the fact that seven million tons of plastic end up in the oceans each year.) These facts can be scary and difficult to digest. Truly accepting them would require thought and action, and who has time for that!

No one wants to be called dramatic, or Debbie-downer, or conspiracy theorist. Frankly, we just want to be accepted by our peers. Conformity often trumps rationale. Take a moment and think: how often do you use your culture, social norms or identity to justify your point of view or action? I’m definitely guilty of it.

…people transform harmful practices into worthy ones, coming up with social justification, distancing themselves with euphemisms and numbers, ignoring the long-term consequences of their actions.

I would guess we’re all guilty of rejecting contradictions to our beliefs about what lifestyle is acceptable, especially if they make us uncomfortable.

Researchers Daniel T. Gilbert et al. from The University of Texas at Austin examined why this happens. They suggest that “belief is first, easy, and inexorable and that doubt is retroactive, difficult, and only occasionally successful.” 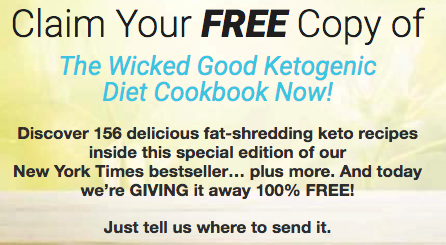 Basically, we have to make ourselves disbelieve our initial belief. That, my friends, takes effort. Many of us are not willing to put in that effort. Hence, we’re back to willful ignorance.

People are about twice as likely to seek information that supports their own point of view as they are to consider an opposing idea.

The Influencers of our Beliefs

What’s concerning is that many of our beliefs are shaped by corporations and media. We do not give this much thought, because very few people are willing to talk about subliminal programming. (This is a perfect example of willful ignorance!)

Yet, most generations living today grew up in front of the TV. Newscasters, Hollywood producers, and advertisers have been feeling ideas of what is rights, what is acceptable and what should be ridiculed.

The problem is surmounted with the influence of religions, educators and governments. Most of these have their own agendas, unbeknownst to us during our childhood and young adulthood.

It’s OK to Change Your Mind

What’s exciting is that we now live is a completely different world than even 20 years ago. We have access to massive amounts of information. It is all at our fingertips.

Social psychologists, activists, and thought leaders, such as Hefferman, are able to share their knowledge, experience and wisdom with the masses.

Where the challenge lies is in our willingness to give thought to contradictions. It’s ok to consider information that oppose the official story you were fed in school or the marketing pitch of massive corporations. It’s ok to change your mind.

Perhaps milk “Does not do A Body Good.” When you’re drinking a Coke, you don’t “Catch the Wave”…instead you pollute the wave. Maybe, just maybe, it’s not weird but smart to homeschool, opt out of politics, and stop reading/watching the news.

Ms. Hefferman writes in the book:

Whether individual or collective, willful blindness doesn’t have a single driver, but many. It is a human phenomenon to which we all succumb in matters little and large. We can’t notice and know everything: the cognitive limits of our brain simply won’t let us. That means we have to filter or edit what we take in. So what we choose to let through and to leave out is crucial. We mostly admit the information that makes us feel great about ourselves, while conveniently filtering whatever unsettles our fragile egos and most vital beliefs.

It may be beneficial to reflect on what you’re filtering out because it intimidates your ego. Next time something contradicts one of your beliefs, it may be a noteworthy practice to give these new ideas some thought.

This article (Willful Ignorance: Why We Stay Oblivious to Facts that Threaten Our Health and the Planet) is copyrighted by Awareness Junkie, 2018. You may not copy, reproduce or publish any content therein without written permission. Feel free to share this article on social networks and via email. If you have questions, please contact us here.